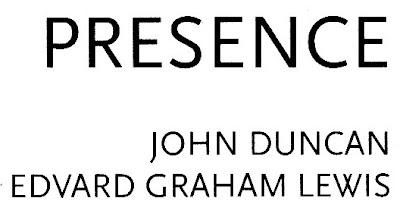 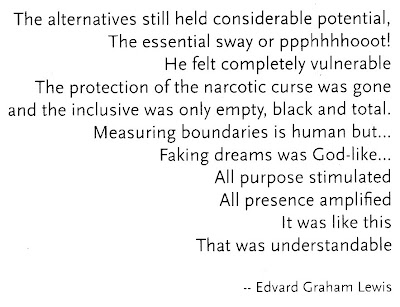 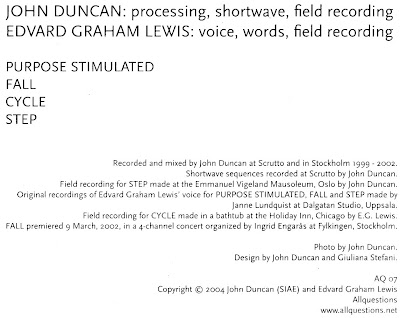 Posted by Fergus Kelly at 4:43 pm No comments: 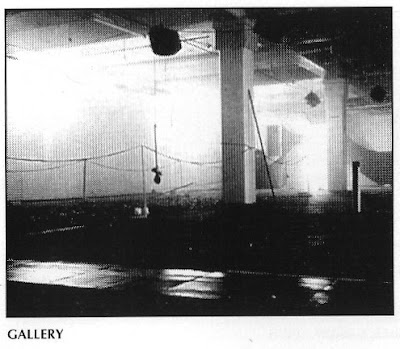 In August 1981, Bruce Gilbert, Graham Lewis, and visual artist/designer Russell Mills decided to expand the Dome methodology away from concert situations into something more ambitious. They did this with a one-month run in the artist-curated Waterloo Gallery, and created a constantly evolving audio-visual installation called MZUI. A former meat-packing warehouse, the space became, in their hands, "a flexible recording studio environment" that was "as much about noise as about visual constructive things". Edited highlights took the form of this LP, produced by Cherry Red in May 1982.

Workmanlike, they came in six days a week and created instruments and environments from raw materials that lay about the site. The public was free to interact, and the results were recorded and played back into the space. The accompanying photos show various views of the installation and present an intriguing world of rough hewn constructions and environments using metal, wood, wire, glass, smoke and fire in a darkened space. Some areas were roped off, lending the whole an atmosphere somewhere between an autopsy and an archaeological dig. Strange hybrid forms such as the 'xylo-trapeze' and 'drip drum' lurk in the shadows. 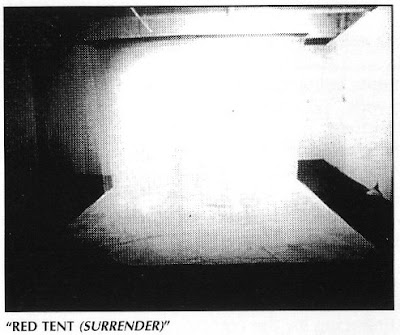 As the needle settles into the groove to begin its inevitable spiral toward the core, a large reverberant space opens up; desolate, bleak and industrial, with the sounds of raw materials in a state of flux. The first side presents a series of isolated incidents, presented as fragments or 'reports'. Parts of a larger whole, these forensic documents animate a dead space. The building becomes a sounding board. The sounds are very textural, and visceral, often like electrified dust, and at other times percussive and abrasive. Random clangs echo through the space: metallic booms roar in the distance. Some sounds are more close-miked—humming, buzzing and volatile. There's a ritual quality at times with spartan rhythms beaten slowly on various surfaces. At a certain point one of them can be heard explaining to people (presumably on the opening night) "we did have the facility to mike... certain areas... four wires... three which picked up vibrations, one which (obliterated by noise) we also sent(?) tapes, two sets of tapes..." Some of these tapes lend a subtle, ghostly colouring that hovers delicately in places. Others present harsher, brighter textures. 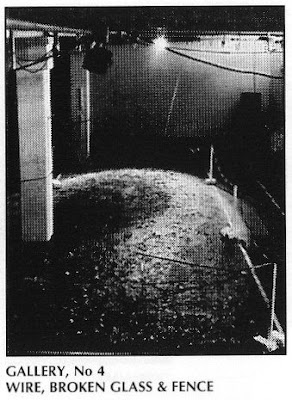 The second side presents longer, more worked sections with a strong narrative thread. Distant, almost angelic vocal drones are overlaid with what seems like very delicately controlled feedback. This is then underscored with deeper horn drones, with little flecks of higher-pitched feedback. The raw edge quality of the recording adds to the sense of drama of this passage, with incidental sounds of occasional footsteps, coughs and indeterminate sounds. It's haunting and grimly beautiful, melancholic and grainy, like old film. I imagine harsh neon illuminating the space at night—some bulbs broken and malfunctioning, a large gathering of people, cold breath fogging, and plaster sweating. 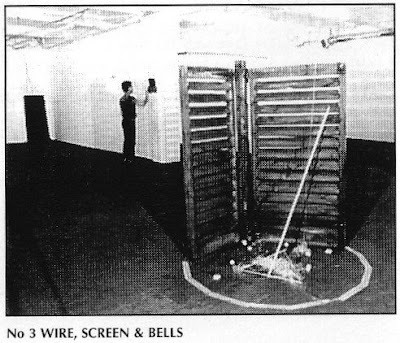 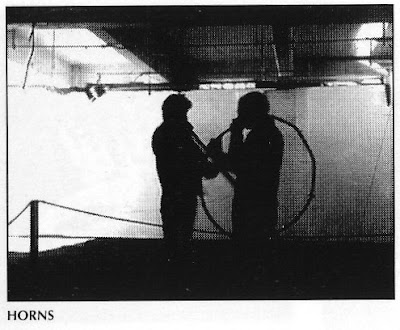 Toward the end, a slowly unfolding loop is subjected to a changing series of effects, rendering it utterly unrecognisable. This is actually the voice of Marcel Duchamp saying "In spite of myself, I'm a meticulous man", which seems quite fitting. This segues into a simple rhythm beaten out slowly in the distance on two alarm bells a semitone apart. A final metallic boom creates a full stop and sense of closure and exit from the space.

This record was an epiphany for me. It made connections on a few levels: the notion of sound as landscape, the narrative qualities of sound—the idea of sound articulating a sense of place. The simplicity of using the space itself as the source was really appealing. There was a certain DIY punk aesthetic to that, which is, of course, predated by the idea of the found object in various twentieth century art movements. Then there was the nature of the sound itself: cold, gritty, matter of fact. It's very evocative—there's a sense of the inevitable somehow, the feeling of events overheard almost, rather than recorded specifically. It often has an icy, brutal, almost terrifying beauty, wrought from the simplest of base elements—industrial alchemy. The record is seemingly random at times, yet at others carefully composed and intelligently articulated. There's a wonderful sense of depth, like the deep shadows of a Caravaggio painting, with some sounds occurring very far away, whilst others literally brush past the microphone. One particular sound seems like a microphone swung pendulum-like over a speaker to create a subtle feedback 'sweep'. 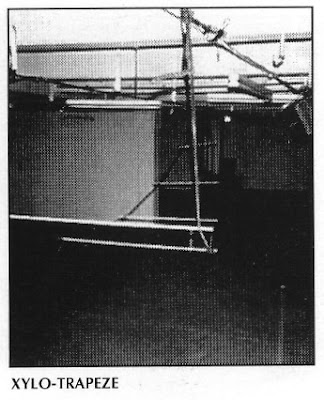 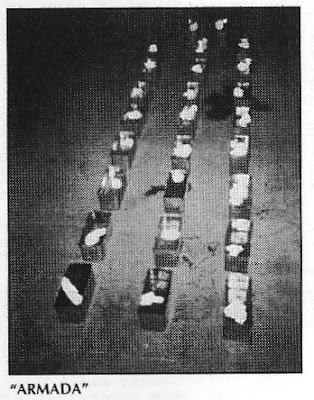 There are certain parallels with Eno's On Land, which came out the same year, although they obviously sound quite different. Eno, in his liner notes, speaks specifically about the idea of landscape, memory, and a sense of place. He also mentions the notion of psychoacoustic space—the idea of using recording technology to create imaginary spaces and atmospheres: the suggestive power of sound. Where Eno creates exterior, rural, and perhaps more lyrical spaces, Dome's world is a wonderfully forlorn, and distinctly urban interior.

These two LPs really opened my ears to the idea, not only of landscape and narrative, but the idea of listening to the world in a musical way—everything becomes potential material. MZUI is a major landmark on a journey to a more expanded and exploratory form of listening, and a more active, engaged relationship with the soundscape. In many ways, it's Dome's finest hour, as their ideas found forms unavailable to them in the studio, and got developed over a longer stretch, pushing them into ever more inventive areas. It's like a favourite haunt I like to visit: I feel in my element. It's somewhere I'm always returning to. 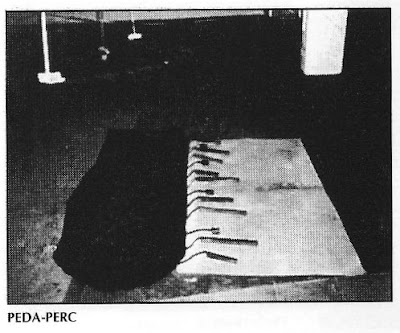 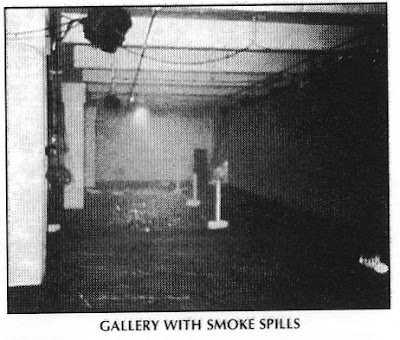 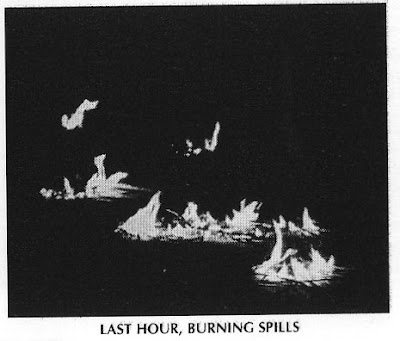 Posted by Fergus Kelly at 10:04 pm No comments: