I decided to add some old reviews to the blog, starting with this one of Wire's DVD The Scottish Play, originally reviewd for Wireviews in February 2005, including some of my photos of the gig: 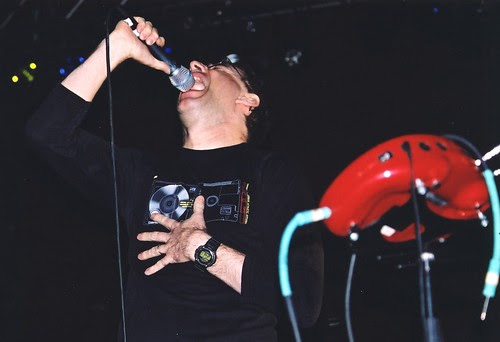 Fire burn and cauldron bubble! Praise be to Pink Flag for pushing the boat out on this one: film-maker Tom Gidley's record of Wire's Triptych Festival gig at Tramway was a big outlay, but one viewing of the goods and it's clear that it was definitely money well spent.

Gidley and his crew (Andy Cooke and Julian Emens) captured this outstanding performance in Glasgow, in 2004, and here is documentary proof of a band at the peak of their powers, playing to one of their largest provincial UK audiences with merry abandon. What Gidley has done is to bring out the intensity of Wire's performance, the ferocity of their velocity, by adopting an up-close-and-personal approach. Bar a few master shots, this film is, for the most part, in close-up. Gidley and his crew have abstracted heads and hands hard at work, cutting back and forth between the players, at pace with the action, but avoiding an MTV-style vortex of hyperactive edits. Stalking heads. Rendered in shadow. Statuesque.

A vertical torch flare bisects the screen in sync with the guitar lead earthing that ignites 99.9. Wire's name, lobster red, appears and disappears, followed by the date, 30.4.04, in pastel blue: a point in time, a place in history. Mark it. (Technically speaking, though, as the gig kicked off well after midnight, it was the first of May 1.5.04—neat little synchronicity that...) 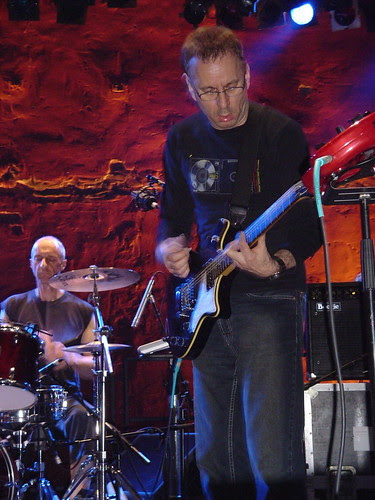 In a series of cleverly synched edits, pinhole beams penetrate the pitch black like a gaggle of drunken lighthouses. Come thick night, and pall thee in the dunnest smoke of hell. The atmosphere crackles like electricity: there's an urgency, a sense of emergency, as a lone figure hares about, ranting like a lunatic. This song has a powerful audiovisual presence, which Gidley has further accentuated and animated like a Conradian journey to some dark core. Uncertain mood mirrors uncertain times. Out, out, brief candle.

As the set progresses, Tim Anderson's lighting is reasonably constant, alternating between red and blue washes. A little unadventurous, perhaps, but it has generally been Wire's agenda throughout their career to keep lighting effects to a minimum; "It's the songs that are lit," as Bruce Gilbert once said. There is no distraction: our concentration is on theirs. The epitome of absolute concentration, Bruce is rooted to the spot, the only movement apparent that of his hands. And his teeth. Inside his cheeks. Grinding. Milling through the grinder. Grinding through the mill. He solemnly surveys the scene like The Grim Reaper. Guitar as scythe. Cut the atmosphere. Loop it. Distort it. Mercilessly. 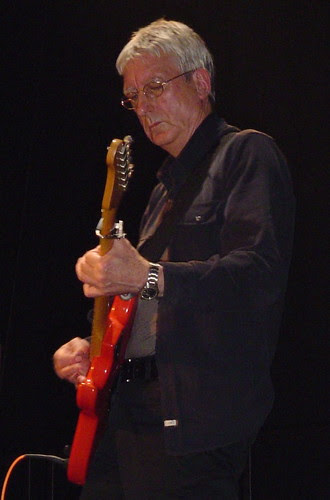 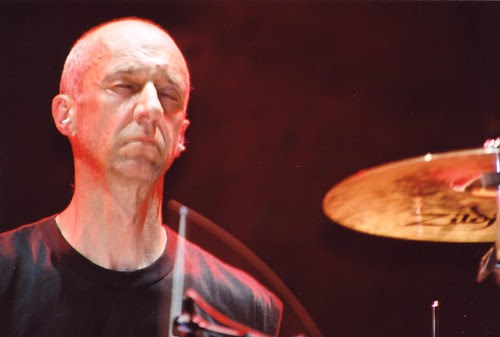 One plosive pluck, and Graham plunges the depthcharge bassline that anchors Mr. Marx's Table — dare I say it: it's a great rock 'n' roll moment. Close-up on pulsating strings. Sweaty frets. Everything's humming loudly. His performance on The Agfers Of Kodack can only be described as possessed: eyes popping, with prodigiously perspiring pate. Dewy dome, like misted Velcro. At one point, he appears to be practically strangling the bass, wringing it dry. 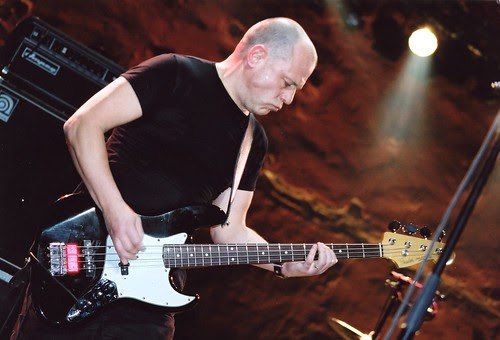 Meanwhile, with a spring in his step and a song in his heart, Colin can't stop those bunny hops, or stooping as though stalking some invisible prey. Lost in music. Especially when, after encoring with a few old classics, Wire plough through Pink Flag, and the music seems to be playing him. This is the closest Wire come to improvising, and it's one number they really like to do a number on. Bruce actually starts to move a few inches and appears to be enjoying himself. Then he's tweaking effects. Good Lord. There's no stopping him. Now he's really milling through the grinder. Graham's grimacing as he alters the pitch of his tune, and Robert accelerates a roll that seems to catapult him back from the kit as though his seat went into eject mode. That's it. He's thrown in the towel. He's out of the ring. 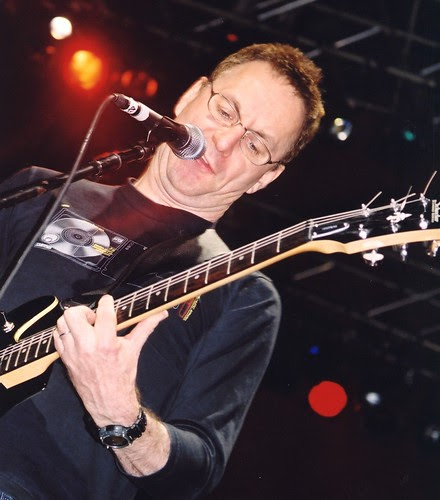 As a record of Wire Mk III, it doesn't get much better than this. Hats off to the New Man for an excellent sound mix: well balanced, crisp, clear, with a touch of post production to further hone things. Gidley's approach has us not merely observe the band—instead, we feel up there with them, in the throes. Thankfully, track markers have been used this time round for separate song access; and the addition, once more, of a CD version of the gig, is a great bonus.

Four songs filmed by a static camera from the second half of Wire's flag:burning performance in The Barbican in 2003 have been included with the disc. This feels like more of an afterthought in lieu of something else, and, in contrast to the original theatrical experience, is remarkably flat as a TV experience: all sense of scale and impact is lost. Movement barely registers as the band is so far away.

Taken together, as contemporary and archive documents, The Scottish Play and On The Box are witness to the fact of Wire's innate ability to burn bright and thoroughly engage an audience, to connect. The 25 years that separate these performances illustrate how time has not dimmed the band's spirits in the slightest. Inspiring. 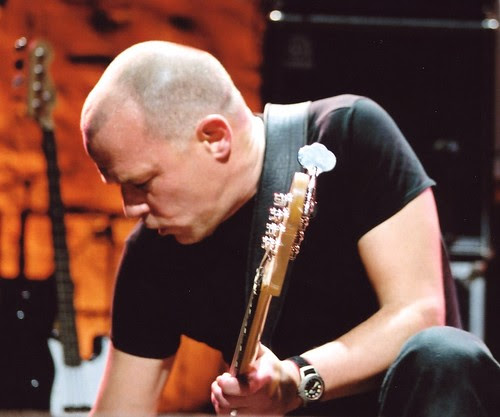 Posted by Fergus Kelly at 11:37 am No comments: