The Map Is Not The Territory 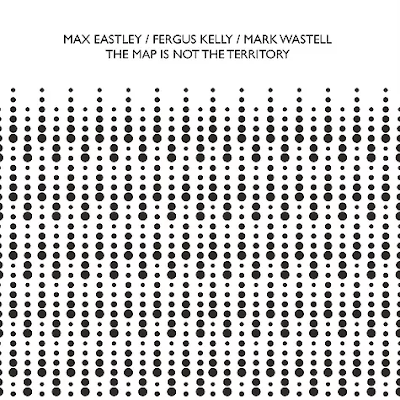 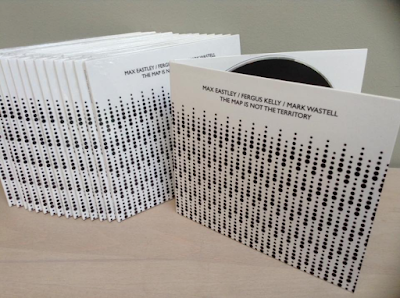 "Any opportunity to hear a new recording by Max Eastley is a rare treat. Since the late 60s, Eastley’s been assiduously developing and evolving a personal synthesis of kinetic sculpture, environmental sound art, site-specific performances, invented instruments, and improvisational practice. Over that time, he’s performed fairly regularly, presented sound installations worldwide, and participated in art/science expeditions as part of the Cape Farewell Climate Change project. But recordings have been sporadic, this being his first in almost a decade.

This time out, Eastley plays arc (his self-designed electro-acoustic monochord), joined by two collaborators who fit perfectly with his sensibility toward the resourceful mining of subtle approaches to deliberately-paced, sonic exploration. Dublin-based visual artist/composer/improvisor Fergus Kelly credited with “invented instruments, found metals, and electronics” works regularly in these sorts of improvised settings as well as developing multi-channel soundworks and radio pieces. Mark Wastell on tam tam, metal percussion, and “piano frame,” has long been investigating these strategies in a multitude of settings and impeccably rounds things out. The three have worked together in various formations over the last several decades and this recording effectively embodies their collective perspective.

The recording, deftly captured at Studio 3 in London in March 2017, is comprised of eight pieces which span 45 minutes. And while each probes at particular aspects of meticulously deployed textures, reverberation, and sustain they are woven together into a mercurial suite-like whole. Picking out individual contributions becomes next-to-impossible and really beside the point as the three patiently navigate their way through the gradually transforming skeins of bowed metal, microtonal string shudders, pulsating overtones, pin pricks of percussion, struck bells and gongs, and electronic shadings. The specific auditory nature of the instruments they have assembled are integral to the music, but it is the way they deploy them, with imperturbable symbiotic assurance, that makes this such an engaging listen.

One thing of note here is how the trio traverses their way across time. Bereft of any standard momentum or arc, the pieces are still imbued with a considered sense of progression. Subtle eddies and sonic ripples undulate as the intersections of changeable layers of sound gather and disperse. The three home in on an organic acuity toward pace and density. They have a keen ear toward how their sounds cooperatively accrue, letting things sit, and minutely nudging the amassed and overlapping layers of resonance and decay. There is nothing ambient about this music. Instead, it is imbued with their approach toward plying a simmering dynamism to collective, evolving, spontaneous soundscapes."

Fergus Kelly, on the other hand, is quite often in these pages as is Mark Wastell. This is the sort of work that I would expect the latter two to deliver. It is quiet and introspective, with a strong emphasis on overtones, slowly decaying beyond the point of audibility; music of small gestures played on unusual instruments, repeated so they sound like a loop, but it isn't, along with similar small electronic sounds, sometimes sparkling on top of that. It is quiet music, but it is not ambient music per se. Turn up the volume a bit more and you will be able to explore a whole world of sound that might get lost when played at a lower volume. 'Seizure Of Light' is a fine example of such a piece; feedback moves, bell sounds, the small crackling of objects and it reminded me of early 90s Organum, but gentler, yet ending on a denser note. This is a great album." 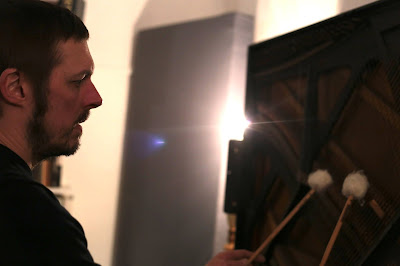 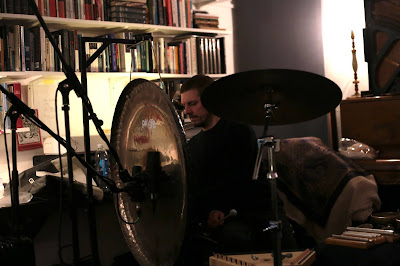 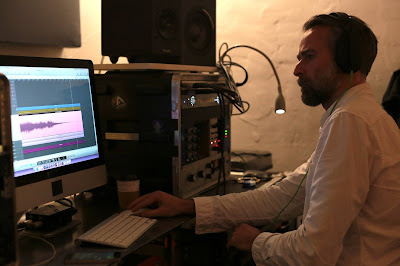 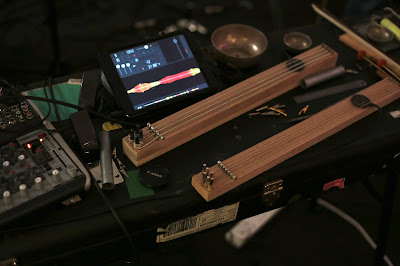 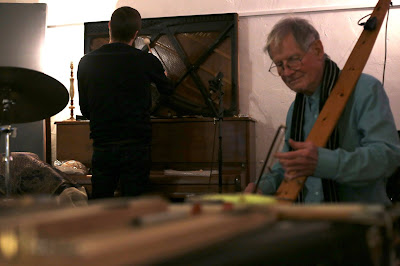 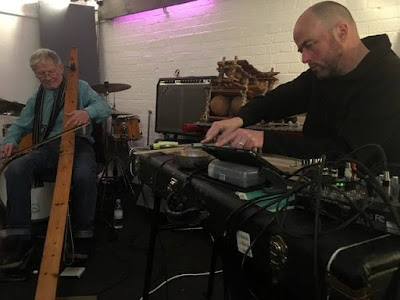 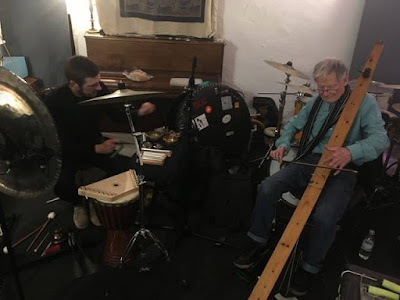