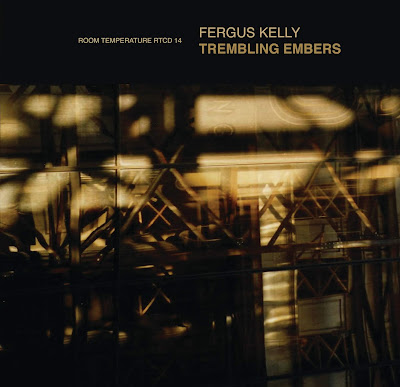 
The first four tracks are playful exploratory excursions into the dynamics of the instrumentation and how simple edits with little or no processing can be woven together to form pieces with a particular momentum and personality. The strings, which have in some instances been prepared with crocodile clips or metal rods, have been played with rubber mallets, tubular steel, wood, violin bow, battery-driven fans and e-bows. 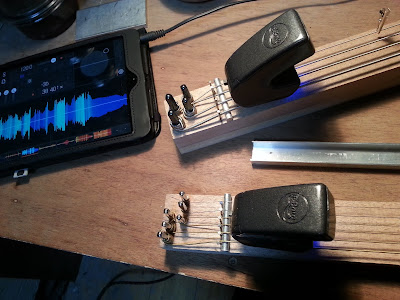 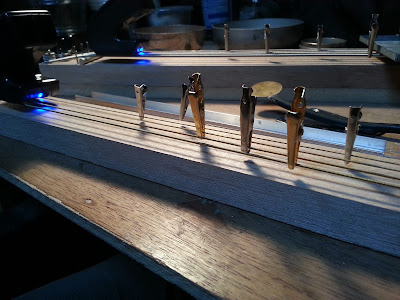 The next three tracks take the processing a good deal further, where there is little in the way of untreated sound – it has been transformed into new shapes and dimensions which depart some distance from the source sounds, especially the track Jumping Compass, which takes the processing to escape velocity where files are cooked, burnt, chopped, diced and re-configured in a manic game of sonic pinball.


The remaining tracks expand the methodology further by adding field recordings, bass, metal percussion and occasional subtle shadings of orchestral samples. These tracks use a combination of treated and untreated improvisations to create richer compositions that tend toward a more slow moving, pacific, widescreen feel. 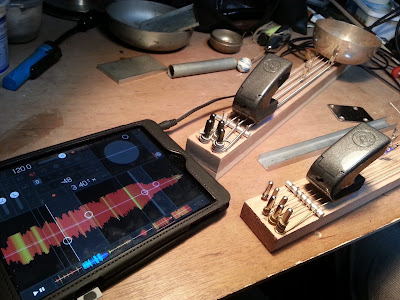 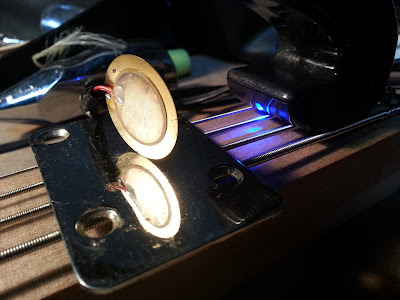 Strings also appear as part of a field recording, which features on Tilled Until Tide Turned, where an aeolian harp constructed by artist Mark Garry was recorded on the grounds of DIT college at Grangegorman in Dublin. Their wispy, ethereal tones lent an otherworldly air. Other field recordings on this track include descending steel steps into Vatnshellir deep cave in Snæfellsnes and flapping masts in Keflavik, both in Iceland, and in London, train station announcements at Rainham and walkers and cyclists in Greenwich tunnel. Paradox Lost features the sound of swing doors and automatic doors recorded in Dublin and London, along with struck metal railings, pigeon wing beats and ever present air traffic over London. 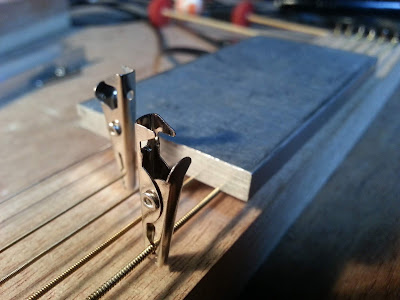 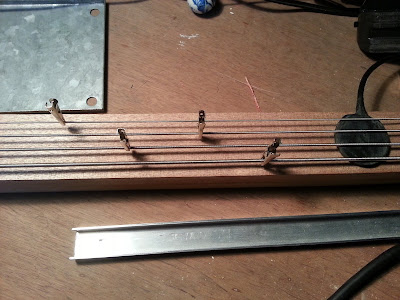 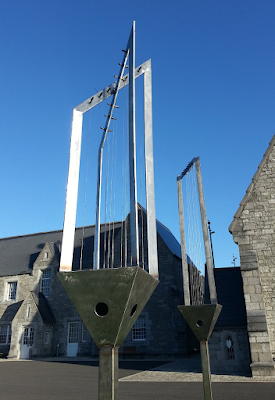 
"Many musicians, especially in the area of experimental music, are indebted to or engage with visual art on some level, whether it gives them inspiration, provides a different creative outlet, augments their recordings or performances, etc. But a select few create beautiful pieces of visual art in the process of making music, intentionally or unintentionally. A personally significant example is the collection of tabletop setups utilized by improviser Keith Rowe, whose layouts of haphazard objects, modified guitars, and electronics seem to have an energy of their own, even separate from the music they help produce.

Dublin-based artist Fergus Kelly takes things a step further with his complex arrangements of custom built instruments, arsenals of makeshift string instruments and transducers that are physical manifestations of the artist’s inner creativity. The full potential of Kelly’s inventions is explored on his new CD Trembling Embers, whose rhythmic title (this naming scheme continues to the track list, with names like “Vestige From the Wreckage” and “Spoiled Coinage”) foreshadows the agitated and unpredictable sounds found within. The first few tracks are largely unmanipulated improvisations, relying on tense clatter and metallic whirring to create a formidable atmosphere.

As the album progresses, however, more elements are added; processing allows for the darkly immersive environments of “Plow a Flaw to the Far Shore,” and injected field recordings in “Paradox Lost” provide both a textural and thematic counterpoint. Though, obviously, listening to the CD doesn’t offer any insight into the visual aspect of what Kelly is doing, he masterfully communicates a profound concreteness, a tactility, that ensures even the most manipulated compositions on Trembling Embers feel up close and personal."

"If possible, listen to “Trembling Embers” before reading anything about whom the artist is or what he does. In fact, maybe I ought to begin this review by telling you that the album is exceptionally good and you ought to go hear it now. The reason I’m putting my opinion up front and details next is because if you were told only the details of how it was made, you might get a mistaken mental image of what this music is and then, perhaps, think you already have a sense of what it will sound like.

Fergus Kelly performs on string instruments (home-made and otherwise) with electronic processing and field recordings. However, it’s not just another solo-improviser document. Kelly is more Adam Bohman or Michael Prime than Keith Rowe, more interested in self-contained and meticulously constructed electro-acoustic sound worlds than in the preservation of austere improvisation. Across these ten pieces, Kelly's music shifts from the familiar world of human-moving-things-around-on-a-table to some much more alien audio environments.

Early tracks describe small spaces of creaking wood and metallic sheen. Elongated tones and are coaxed out of zithers and violin-like instruments, sometimes resembling gongs or large bells. The sonic detail is wondrously rich and full, imbuing individual gestures and playfully buzzing layers with dramatic weight and depth. By the middle of the album, the “player” recedes to the background and it becomes harder and harder for a listener to recognize the source of specific sounds… but that transition happens so gradually that it’s not apparent when the train left the station… or rather, one might (as I did) get the sudden shock that “Trembling Embers” had ended and a different album had started, but confusion about when and how that happened.

By the album’s closing pieces, all trace of recognizable instruments or sonic objects is gone, replaced by thrumming resonant machinery. The occasional thwack of closely-mic’d fretboard or fluctuating buzz of magnetic interference provide reminders of where the album began, but they’re taken over by train stations, footfalls and confusion. A very impressive album."

Quite possibly it's the cover image or even the track titles, but a sense of urban grime and darkness permeates this strong collection of sounds from Kelly. Wielding 4 & 6 string devices, zither, field recordings, metal percussion, bass, samples and electronics, Kelly fashions ten rather dystopic pieces although there's a certain roundness about the sounds, a kind of cushion that ameliorates the potential acidity just enough to provide the listener an amount of edgy comfort.

But there's also a strong sense of aloneness, of wandering through neighbourhoods where the streets are empty but activity, possibly mechanical, is occurring behind the blank walls -- sometimes hi tech, often low. If the palette is muted, the range of colours is still quite wide -- I'm seeing umbers and siennas with the odd flash of electric blue/white -- and easily holds one's attention, very much a case of wanting to see around the next corner. Very enjoyable and evocative, as has been much I've heard from Mr. Kelly.