A Congregation Of Vapours 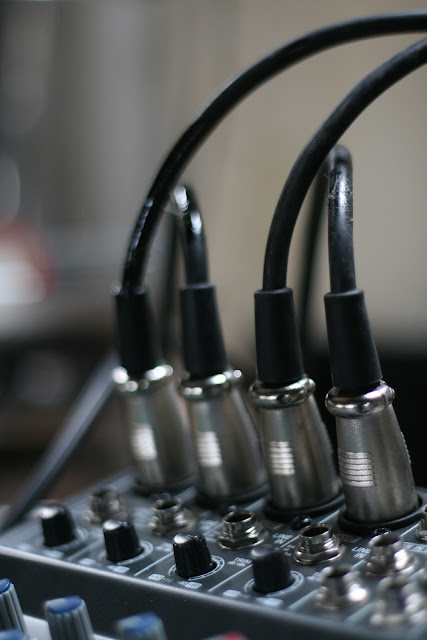 This article originally appeared in The Visual Artists Newsletter, Sept/Oct 2012, describing the process behind the creation of my album, A Congregation Of Vapours, for Farpoint Recordings.

Anthony Kelly of the Dublin-based Farpoint Recordings label approached me in January 2011 with a proposal to produce an album of my work. I had been working on some new pieces involving electronics and field recordings, so this was an ideal platform to really expand and develop these investigations, and build towards a thoroughly thought through and finished body of work. I had been putting work out on my own CDR imprint, Room Temperature, since 2005, so this was also a very welcome opportunity to produce work without having to manufacture it myself, as I usually do all the designing, printing and CD burning myself, which is a fairly labour-intensive and time consuming process.

My recorded work has involved various combinations of field recordings, invented instruments and electronics over the years. Each new body of work either builds on and consolidates previous work, or is a conscious change of tack to keep things fresh. As an improvisor, in a live context, I work with a particular set-up and series of sound sources. This has a certain lifespan that comes to a conclusion once I feel I’ve exhausted all the possibilities it has to offer. Shortly before Anthony invited me, I had been experimenting with a new set-up, partly inspired by the work of Nicholas Collins, whose excellent book, Handmade Electronic Music, had given me a few inroads into DIY electronics. I was particularly taken with speaker feedback as a means of generating sound. 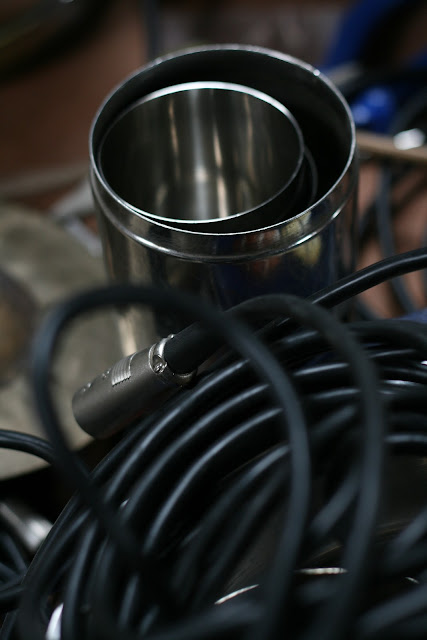 This involves placing contact microphones either directly onto speakers, or inside resonant vessels placed on speakers. The feedback is generated and controlled via the volume and EQ (tone) controls on the mixing desk. With just one vessel, it’s possible to achieve a rewarding series of rich tones, rattles and buzzes, which can be further manipulated according to where the microphone is placed, applying pressure, or moving across the vessel surface. Considerable complexity can be introduced when the number of vessels and microphones is increased.

I had collected a large number of metal containers of various dimensions, which I set up in a series of elaborate configurations. I made various recordings over a number months, improvising with these set-ups. I then forensically combed these recordings for worthwhile material. Feedback is a volatile element, which takes a fair degree of control to manipulate successfully, so a lot of experimentation was involved. A substantial series of edits were made, which formed a large percentage of the album’s sonic vocabulary.

Another approach that got the hook in me at that time was the use of no-input mixing board. I had been aware of this ‘instrument’ since seeing the masterful Toshimaru Nakamura perform with it in London in 2000, but it wasn’t until seeing San Francisco-based sound artist Joe Colley perform with it in Dublin at the I&E Festival in 2007, that I was really taken with the possibilities it offered. Colley’s performance was inspirational. We swapped CDs, and his recorded work became a particular touchstone for me, amongst other things. 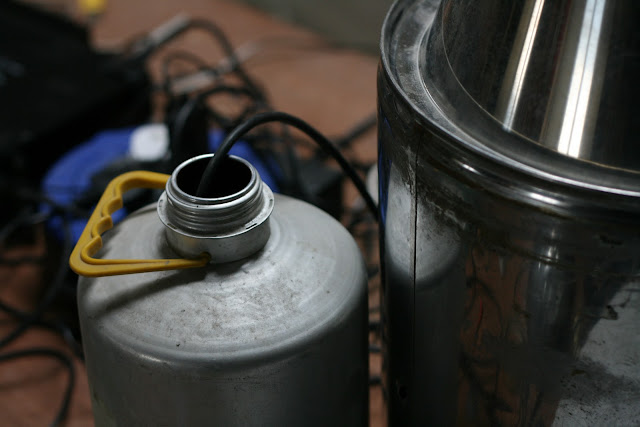 In layman’s terms, the no-input mixing board involves connecting your inputs and outputs the ‘wrong’ way so they create feedback inside the desk itself, which is manipulated with volume and EQ controls. This can be very lively and difficult to control, far more volatile than speaker feedback, but when you manage to tame the beast, the results can be quite wonderful. It creates a pretty powerful range of pulsating tones, which, because of their monophonic nature, establish an especially monolithic and insistent presence. This can be best heard at the beginning of the album’s fourth track, Pattern Recognition.

The next stage in the album’s construction was the editing together of the feedback and no-input edits, and further processing this material in ProTools editing software. This is where the material really began to find its form. A deliberate strategy was to take some of the building blocks and subject them to considerable extremes of intensive processing – taking sound as raw, malleable matter, stretching it to the point of collapse, pulling it inside out, further distilling and cross-hatching it where it breeds inscrutable new forms, at once physical and phantom in nature. Chasing the process along a Moebius strip of endless decay and regeneration, where sound is repeatedly cannibalising itself, the tracks were grown from residual traces of empty spaces, ventriloquised into being – a void given voice – where feedback makes dimension audible. As a starting point, I liked the idea of beginning with nothing – pulling matter from emptiness, sound from silence. The appeal here is also connected with the punk spirit of DIY and experimentation, and the idea of using basic materials and rudimentary approaches – a considerable influence on my practice as a whole. No need for hi-tech gadgetry. 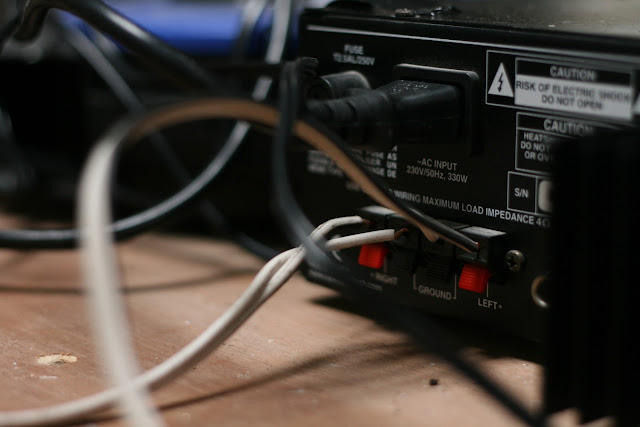 The lengthy editing process created a broad range of disembodied, atomised artefacts, which were then woven together in layers to establish their own space for the listener to navigate, volatile and capricious as the weather. Threaded through this speculative fiction was documentary reality in the form of field recordings, which augment and galvanise a particular sense of place and narrative flow, sitting uneasily between the created and the real.

Field recording is an activity I’m constantly engaged in; just as some people use photography, I have built up an extensive archive of recordings from all manner of environments, to stitch into future work. The recordings used on the album date from various points in the archive, the oldest being a thunderstorm recorded in New York City in August 2006, which features in the closing track, Breathing Room.

The textures of field recordings and electronics have an interconnectedness for me, and a parity of presence. The ceaseless surf of traffic, the hums and drones of supermarket fridges and myriad other machine presences – sounds we daily swim through with varying levels of awareness – intersect on this album with magnetic fields of prepared noises, aural detritus and sonic fallout, to form a climate of disturbance and disruption. A seepage of spectral broadcasts, corrupted signals and insidious transmissions – tactile yet immaterial – suspends us in sound. Listening is a really important part of the editing process. I would usually put rough mixes on CD and audition them at home for a period of time, let them settle – hearing them in much the same conditions as the listener. If there are areas where I find I’m losing interest, then it’s got to be pruned. I shouldn’t lose interest for a second. I’ve got to be totally involved all the way.

The next stage of the project involves titling and design. This goes through a similarly intensive process for me, where a large range of options are tested and trashed until I arrive at something I’m happy with. I keep a notebook of potential titles, and words and phrases which might become titles. The inspiration for these can spring from a number of sources: a book I’m reading, a film or exhibition, a magazine or online review / article, a snatch of conversation (misheard or otherwise), public signage / posters.

Sometimes the compositions will suggest titles, or words and phrases, which need developing to become proper titles, rather than simply reference points. Quite a bit of the time I’m completely stumped. It can take weeks for titles to emerge that feel right. Titles are important as they seal the work, give it an identity and act as an entry point. I tend to avoid literal titles, preferring them to maintain a bit of openness, ambiguity, uncertainty and mystery, whilst still feeling absolutely right for the work – organically linked if you like. 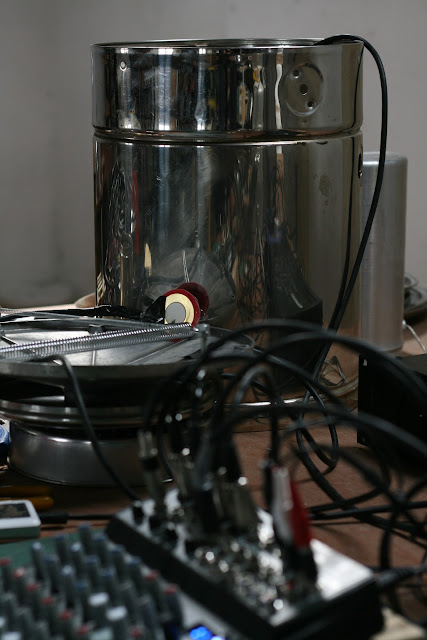 What interested me about the phrase ‘a congregation of vapours’ was not the Shakespearean reference (where Hamlet, melancholic after his father’s death, describes the earth as "a foul and pestilent congregation of vapours”) but the suggestion of the album’s soundscapes being a gathering of elements as insubstantial as gas. I’m fascinated by the dichotomy between sound as both a physical presence and a ghostly emanation.

Similar to titling, the design also acts as an entry point. The cover image is from a painting of mine from a number of years ago, where the source photo was processed to create a lot of dropout, putting it on the cusp between abstraction and figuration, not unlike how the soundscapes work. Though it’s not illustrative in that sense, it works in parallel.

A key aspect in Farpoint’s approach was the inclusion of a written element. This is done with a view to the future archival / curatorial value of the project and, as such, enriches it and provides another entry point for the audience. Paul Hegarty’s impeccable credentials as purveyor of and writer on noise meant that his response was entirely apposite and intriguingly articulated, for which I was very grateful, as indeed I was for the input of Anthony Kelly and David Stalling of Farpoint throughout the project. They were a great pleasure to work with, conscientious and professional to a fault.

Farpoint organised a launch at The Goethe Institute on May 23rd 2012, where I performed a solo set, improvising with some of the elements employed on the album. I also created a sound installation, Breathing Room, for one week in The Goethe’s darkened bunker space, using speaker constructions and fluctuating light. As a development of soundscape compositions previously created for CD, this work took the space inside the compositions, turning it inside out, to become a space to walk into and occupy, to be enfolded within the soundscape. Many thanks to Jonathan Carroll and Barbara Ebert for facilitating this. 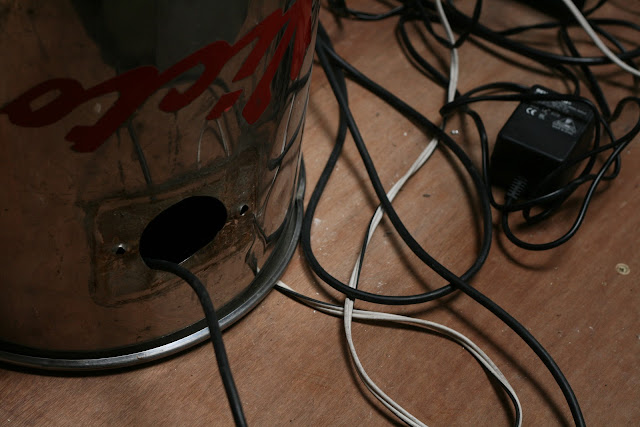