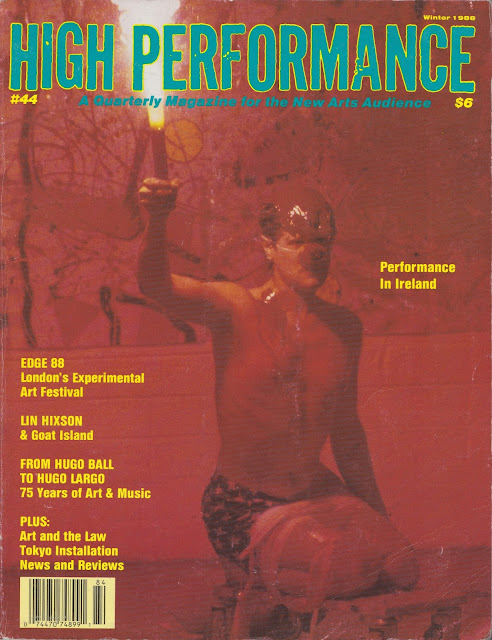 Live At Project, August/September 1988 - scanned from my original copy of US High Performance magazine, in a piece by magazine founder/editor Steven Durland, that covered this unique performance festival that I worked on, curated by Danny McCarthy for SSI's international sculpture conference, featuring Andre Stitt, Danny McCarthy, Alastair McLennan, Mick Shanahan, Jaki Aherne and Anne Tallentire, amongst others.

Great fun sourcing some of the materials for these shows: filling a cabbie's boot full of bloodied pig's ears outside a butcher's in Meath Street for Alastair's piece. A pig's ear, for those unaware, is a whole half of a pig's head, cut right down the middle. Out to the cash and carry on Richmond Road for catering size vats of ketchup and mayo for Andre's piece, plus bags of sand and cement from a builder's providers. Alastair's performance took place in what used be the burnt-out space (it had no roof), which is now the gallery. Andre had to be taken to the Eye & Ear after his gig after getting sand and cement in his eye. The flare that Andre used at the end was obtained from a ship's chandlers, if I remember rightly. Pre-internet, the quickest preferred document transfer was the fax ('member those ?). SSI's fax broke down at one point, necessitating Andre dictating his lengthy artist's statement to me over the phone. I remember the last two words - 'Eternally bombed', and how I had to ask Andre to repeat the words as I was having trouble with his Belfast accent. "Sorry Andre, 'eternally what ?' "BOMBED !" "Ah, bombed.. OK, cheers !"

For a long time this didn't feel so long ago, but it looks bloody ancient now ! B&W helps the effect I suppose. Also in that issue of HP was coverage of the UK performance festival, EDGE 88. The profile afforded us was invaluable. Interesting none of the Project Arts Centre staff at the time had experience with live work. A different guard to those working in 79, when Darkspace took place. Although they were student organised events, things like Paint It Red at the SFX, and Friday The 13th at NCAD, circa 84 were an important part of the general climate for this kind of work. Fights broke out and cars were set on fire outside the SFX. Quite a heavy time. 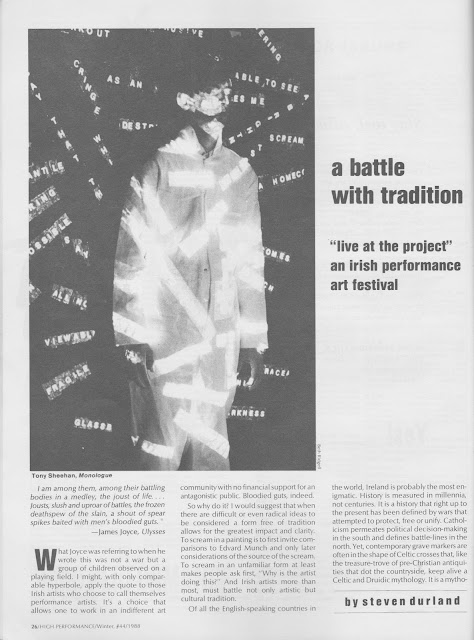 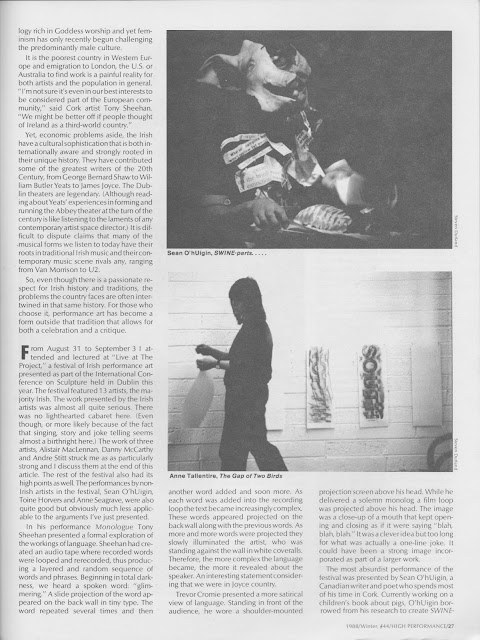 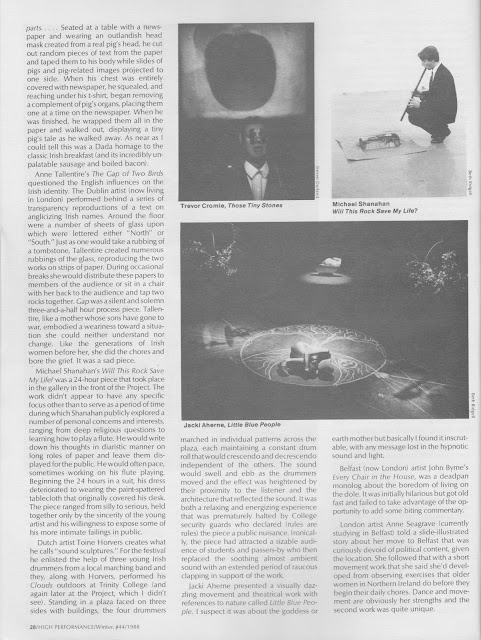 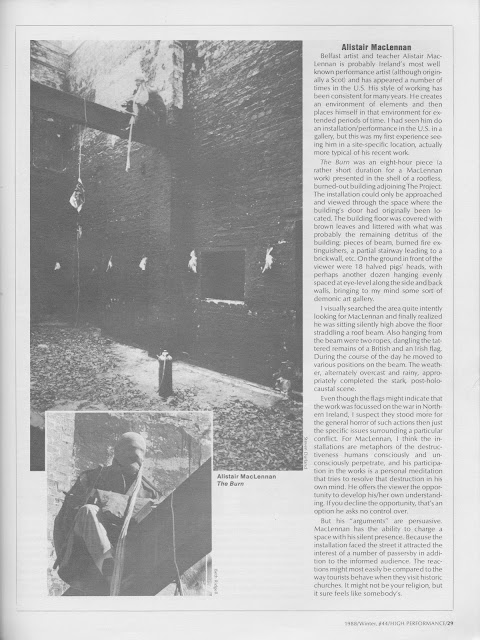 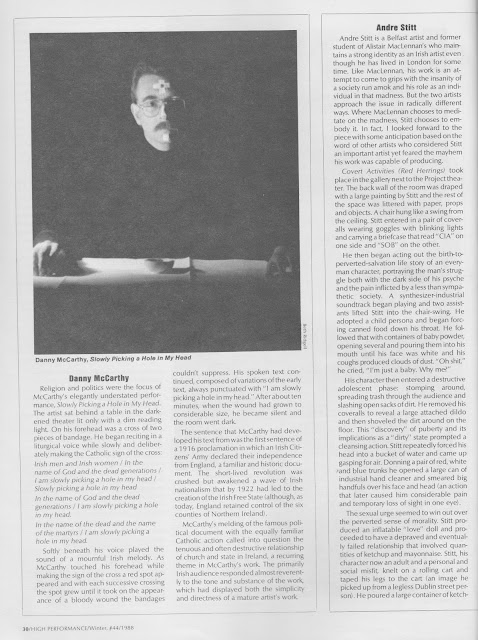 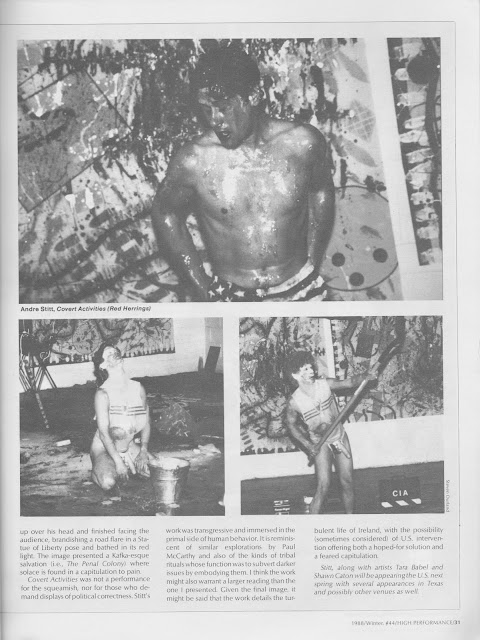 Posted by Fergus Kelly at 11:14 am No comments:

"Shouting at the ground won't enable it to hear any better." 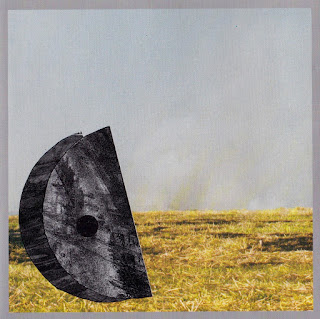 Listening to this for the first time in quite some time, I'm struck afresh by how masterful it is – a very complete and focused body of work which has more than stood the test of time since its original creation in 1987. A friend lent me the LP sometime around 88/90 – hard to remember precisely at this remove – which I made a tape copy of. I wonder where he got it ? No Dublin record shops at the time would have had anything like this. I would normally pick up this kind of stuff whilst working summer jobs in London, between years in artschool in the 1980s. Perhaps he got it second hand in Freebird, back when it used to be in a cramped basement on Eden quay – the only arena for the occasional glimpses of the outer reaches of exploratory music, along with Base X (Basement Record & Tape Exchange), further along the quays, on Bachelors Walk (LPs were slipped into a plain brown bag with the BASE X stamp) . With a lot of trawling, I had gotten a few things like this over the years, and generally it would be priced lower, as they would've thought there was less chance of selling it, I guess. I remember my surprise coming across a copy of a Lovens/Lytton LP (“Was It Me ?”) circa 1985, a little bit ahead of the time I seriously got into improv, so it remained an oddity for a while (I still have it). I think I paid about 3 quid for it.

Anyway, this tape copy of Shouting At The Ground became a much treasured item until I got my own CD copy in Staalplaat in Amsterdam in the early 90s. These chronological reference points are important because all music is not only located within it's own time of production, but also within our own initial time of exposure, with all the attendant social, cultural and emotional reference points that gradually bleed into it. These aspects imprint themselves into and are threaded through the music like DNA, such that the experience of music is the closest we come to time travel. Our brain is temporarily reconfigured to those co-ordinates set down years ago. Though it's not like we go back in time to the exclusion of the present, because we experience the music in the present too, so the two times interweave, along with our two senses of self, in a somewhat out-of-register overlay. 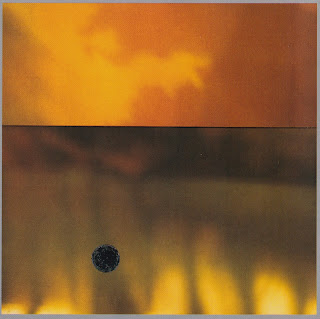 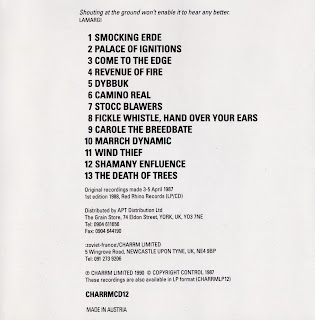 I think I first came across :zoviet*france: in the Rough Trade shop in Talbot Road in Notting Hill, summer of 1984. I was immediately drawn to the inventive design and packaging. Their LPs came in roofing felt, aluminium foil and string-bound hardboard sheets. This highly individual approach mirrored their sonic modus operandi. Their music was like nothing I had previously heard. There were no reference points. They created their own world with a very hands-on lo-fi methodology involving simple stringed instruments, percussion and FX pedals. The punk spirit of DIY and experimentation was very much in evidence. By the time Shouting At The Ground came out, they were several years down the road, and had reached a new level of sophistication and musical intelligence, still with the simplest of means.

Part of the :z*f: world, something that lent another layer of intrigue (they worked anonymously for years), was the titling, some of which looked like an invented language, or parts of another language cross-hatched with nonsense. It was a complete package – you entered their world, and it was like a road movie for the ears. Far from conventional narrative of any sort of course, it was a drift through strange lands. Each time I hear the opening track of this LP, Smocking Erde, there is a sense of excitement, of anticipation, as looped over-blown flute-like sounds usher us into a slowly unfolding landscape underscored with a subtly shifting, dusty, low hum. It occupies the space as a kind of gauzy, foggy, wintery presence.

The winter associations are probably not unconnected with the fact that was where my strongest listening memories are – late '89, in a flat on my own in Mountjoy Square, in a poorly heated, sparsely furnished Georgian room, with a second room as a studio space. The trade-off for this was that it was cheap – really cheap. Brace yourselves, but I paid the princely sum of 6 pounds a week for those two sizeable ground floor rooms (well, for one room, but I was given the second room at no extra cost). It was more of a caretaking rent really, at that rate, but who's complaining ? Life on the dole, you're not going to pass it up, are you ? This was thanks to the landlord, the late Uinseann MacEoin, an old school republican who liked to see himself as a benefactor of the arts, with properties in Mountjoy Square and Henrietta Street (two of the top addresses in Dublin before they became tenements) occupied by artists for low rents since the early 70s. 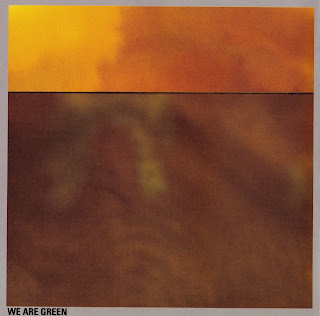 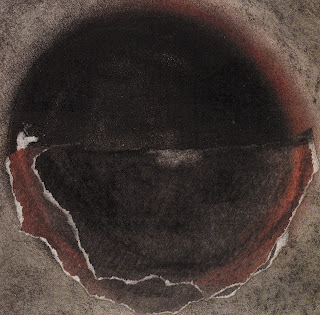 This track has another connection for me, and, though slight, is very specific to Dublin. Toward the end of the track, there is a part of the fading drone that sounds just like the engine sound of Dublin Bus at the time, those Van Hool engines that were ever present in my time in Mountjoy Square, as one of the depots was in the south east corner of the square, so I'd hear them returning there late at night. It's uncanny. It's an absolute sonic doppelganger. Listening to it today transported me back there (with a shiver). This short track prepares the ground for Palace Of Ignitions, using hammered dulcimer sounds, punctuated by a percussive tatoo, with gated reverb used to great effect, creates a kind of skewed orientalism. This then makes way for a longer exploration in Come To The Edge, a slowly cascading series of looped melodic fragments, animated like wind-blown banners. It creates an otherwordly vortex which really draws you in. It's underscored by a billowing hum that rises and falls, with a wind-like dynamic.

The next brace of tracks – Revenue Of Fire, Dybbuk, Camino Real, Stocc Blawers, Fickle Whistle, Hand Over Your Ears – work through a series of textures and themes they return to over the course of the LP: sounds like dying fireworks, plucking, skittering sounds, soft wind instruments and whistles, looped and treated. Then there's the dynamic shifts and sudden harsh melodic loops that hover, floating, encircling, motifs reworked in multiple variations. Carole The Breebate throws down a tangled clutch of melodic scraps, only to be interrupted by sudden insistent, speed-up looped alien voices, which dissappear just as suddenly. 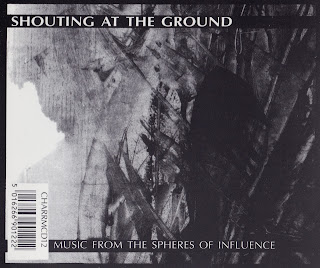 Marrch Dynamic offers a slight, quiet echo of the second track with a different dynamic. Wind Thief is a last short report, using whistles and gated reverb like a second instrument before the development of the last two long-form tracks, which total about 35 minutes. Shamanay Enfluence rolls out a back-masked loop with heavier use of delay and reverb which has a particularly landscape-like feel with a strong sense of distance. There is the ever present drone, which is more like wind than some rancid new-age trope – capricious, unstable. Occassional watery textures issue through the landscape, along with warped, slowed vocal fragments. There is a sense of drift and of slowing down, like a breathing exercise. The final track, The Death Of Trees, layers a thicket of loops with echoes of previous motifs, with drawn-out etiolated sounds, stretched to exhaustion, decaying, ending, dissappearing. Gradual unfolding of rhythms and counter-rhythms generated by multiple delays – all reels out increasingly slowly, degenerating into a river of rhythms uncoiling and disarticulating to be subsumed in a sonic swell, a tide pull to oblivion.

The album title comes from a quote by Lamargi: “Shouting at the ground won't enable it to hear any better” The only other piec of text serves to further skew the pitch: elsewhere on the artwork are the words WE ARE GREEN. Dispensing with the more unusual stock for covers, this one has a regular printed cover, with an image which, again, adds to the intrigue of the :z*f: world – a field of cut straw against a cloudy grey sky, with a curious pair of dark grey half disc-like shapes overlaid in the foreground. They might originally have been monoprints, who knows, but it's figuration and abstraction in the same frame. Rural surrealism. Which seems to tie in with the description of their music as 'Industrial Folk'. What's interesting about this album for me is the move away from a previous approach involving the use of media clips and news fragments that located it in a strongly cold war hunted/haunted landscape. Shouting At The Ground moved into a purer sense of landscape, which was continued in the excellent 1991 release, Shadow, Thief Of The Sun. In between the two releases was Look Into Me (1990), which took an interesting swerve into a more cut-up musique concrete territory. Shouting.. and Shadow.. represent the pinnacle of the :z*f: achievement in my book, the heights of which they failed to scale since. But that's just my opinion, to be taken lightly. So, well done guys, you created something of lasting value which continues to resonate with me. 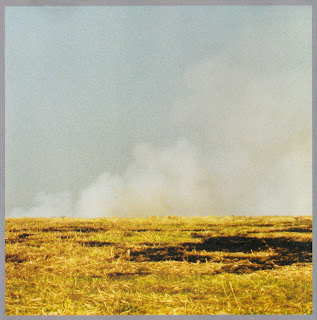