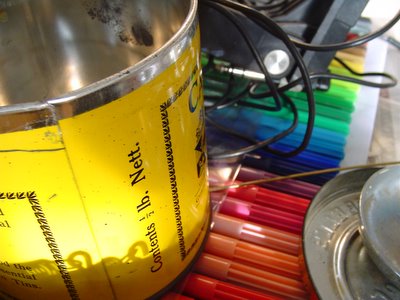 Plug Pod, press play, push paint. And that's how the next eight hours went, pretty much, without interruption. Nothing else to attend to. All outstanding business tied up. No need to leave the building, or even the studio, except to void bladder. Nose to the grindstone under an anglepoise halo. Focus. 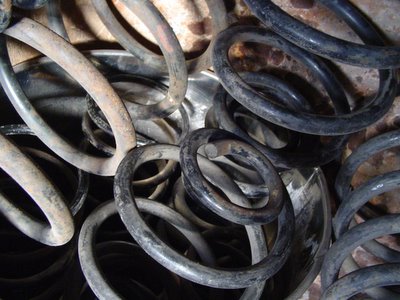 An uncommon quiet outside. Work stopped on the site at the end of the street. A merciful break from the cacophony. An eerie calm descends. Even though this 'clearance' is something I normally crave, there's something slightly unnerving about it today, I feel slightly on edge, as though I should be somewhere else. Of course I don't want to be anywhere else right now. I've a lot of ground to cover. It's a bit of a 2001 atmosphere.. "What are you doing Dave ? "... 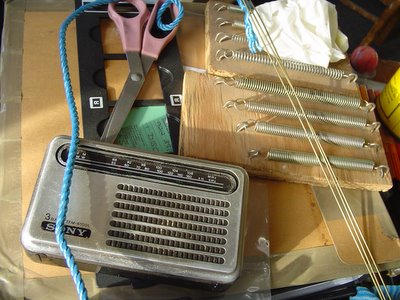 In contrast to yesterday, the light is from an unclouded sky and brilliant winter sun. Everything is illuminated, almost glowing, there is so much light pouring into the room, picking out all the dust and detail. It's as though there's light reflected off snow it's so intense sometimes. It wanes in the afternoon, but the difference of mood engendered is remarkable. 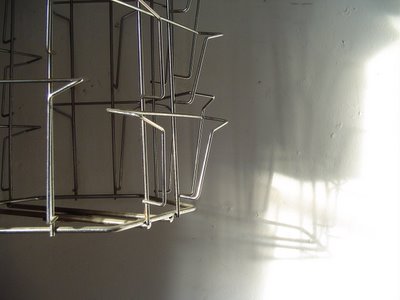 The paint coverage is a very mechanical task, but, though tiring, rather meditative, and something whose progress can be quantified very clearly. A satisfyingly broad stretch covered today. 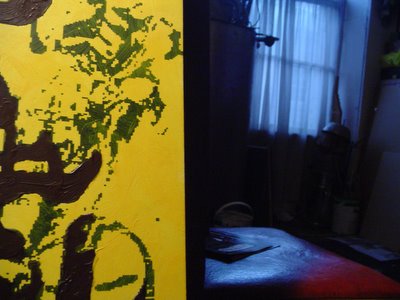