Revisited J. Lee Thompson's masterful Cape Fear for the first time in a good 20 years and found it immensely satisfying. Initially storyboarded by Hitchcock, the cinematography follows his penchant for unusual composition, deep shadow, close-ups etc., to great effect. Thompson's decision to film in black and white was an inspired choice - he felt colour would be too distracting - as it heightens the all-pervasive sense of threat and unease that ratchets up throughout the film.

Mitchum is pitch perfect as Cady: impudent swagger, cool as fuck, iron will, unstoppably dogged in his pursuit of Bowden and his family, deeply damaged and misogynist; a brute who uses his forensic knowledge of the law to run rings around his prey. What's interesting about his portrayal is you don't out-and-out hate him at first, he has a certain menacing charisma.

Whereas in Scorsese's overcooked remake De Niro plays Cady as a completely insufferable fucking prick. Mitchum's Cady deftly uses the law like a game of chess, but as things really start to kick off Peck's Bowden attempts to flout the same law in a desperate attempt to gain the upper hand. It's a war of nerves till the end. It's interesting, that's not a phrase you see much these days (it was used in the film posters at the time), but it's vividly evocative, with a certain cold war paranoia about it too, as befits the times. 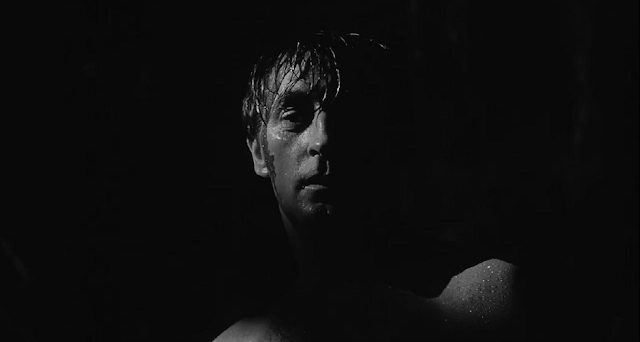 Thompson originally wanted Hayley Mills to play Bowden's daughter Nancy, as she had a stronger allure for Cady's foul intent. To my mind, Lori Martin was excellent as Nancy because she is so innocent, thus making Cady's brutal intrusion into her life all the more traumatic.

She's an only child, rather sheltered, more like someone out of an early 40s movie, her whole dress sense and hairstyle curiously middle-aged. Thompson admitted to being a bit tough on her as he really wanted Mills, but admits Martin was really good. She would have been about 15 at the time. Apparently she did suffer nightmares for a time after filming. In a very sad postscript, she died by suicide in 2010 at 62 after struggling with mental illness and drug abuse in the wake of her husband's death in 1999.

Whereas Juliette Lewis' portrayal in the remake is more knowingly sexual and curious (she would've been 17). Censorship in the 60s meant that the word rape could not be used, yet when the word 'attack' is used, it still carries considerable threat because the implication is clear. The hints and suggestions of actual levels of violence are more disturbing for not being shown in the original. 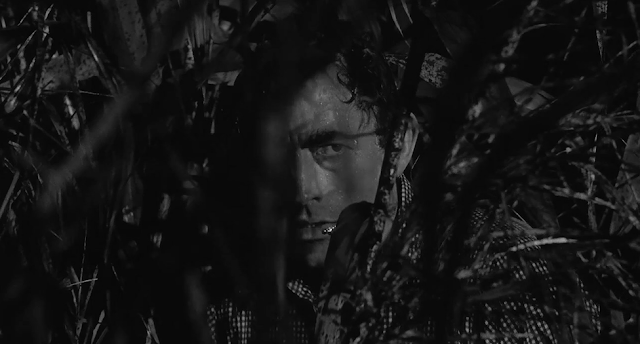 The 90s remake is more upfront and reflective of changed times. Scorsese tends more to an almost operatic reading of the story, ending in a near-biblical finale with raging storm and Cady speaking in tongues as he drowns. All very overwrought, with De Niro hamming it up 90.

Bernard Herrman's score is magnificent, and the orchestration has a lot more subtlety than Elmer Bernstein's orchestration in the remake. It also, on close listening, has elements that aren't in the remake too. I wish there was an album version of this. Whilst I do like the remake score, you realise how it tends to bludgeon rather heavily at times, after hearing the original score.

It could be suggested that the tension in Mitchum's performance was partly informed by his deep aversion to the actual location in Savannah where much of the filming happened - as a teenager he had been charged with vagrancy and put on a chain gang. 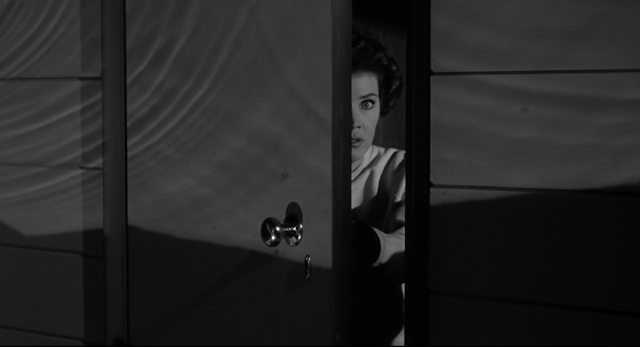 When the fight in the river was being filmed, Peck apparently once hit Mitchum for real by mistake, but being the pro, Mitchum kept playing the scene, but when he got back to his trailer, he "literally collapsed" due to the impact of the punch and said that he felt it for days after wards. According to Mitchum: "I don't feel sorry for anyone dumb enough who picks a fight with him (Peck)."

Meanwhile, Polly Bergen suffered minor bruises in a scene where she struggles with Cady. He was supposed to drag her through various doors on the set, but a crew member mistakenly left all those doors locked, so that when Mitchum forced Bergen through the doors, she was actually being used as a battering ram to push them open.

When the film wrapped Mitchum gave the director a present - a straightjacket ! 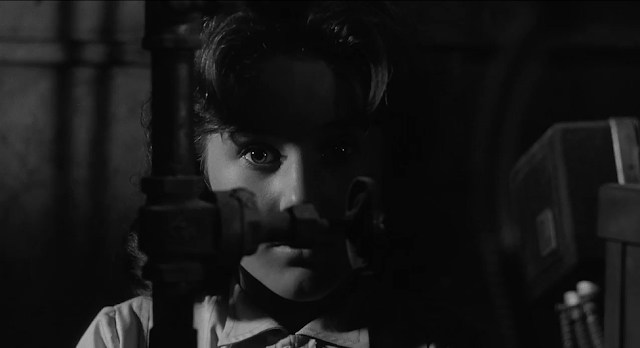